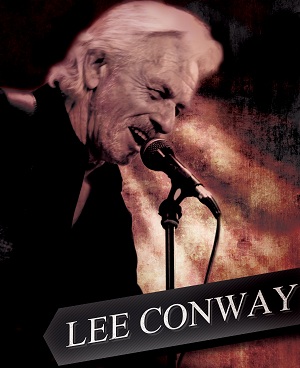 There was a new sound on the airwaves in the early 1970's when a song called "Wanted Man" roared up the Australian music charts. This was the beginning of an extraordinary career and an introduction to a singer/songwriter so distinctive he would become the vanguard of the new country cross-over music in Australia.

The boy from the backstreets of Fitzroy in Melbourne quickly gained quite a reputation for his on stage charisma, distinct voice and professionalism.

Lee's rare ability to craft songs was recognized by the Australian Federation of Broadcasters when his original album 'Stories We Could Tell' won Best Album, Single and Song, and Touring Nationally and Internationally became a way of life for many years.

After an extensive tour with Jerry Lee Lewis who saw great potential in the young Australian performer and invited Lee into his studio to record and even took him to Gracelands to meet The King ... unfortunately for Lee, Elvis had only just left the building.

Lee Conway's single 'All I Want to Do in Life' went straight to the top of the U.S. and Canadian music charts sharing top billing with Johnny Cash and Glen Campbell

Lee Conway has had many memorable moments in his life and appearing before the Queen and Prince Philip was definitely a career highlight. During presentation to the Royal couple, Prince Philip remarked 'Do you gargle with gravel?'

Lee Conway's prolific songwriting ability was not confined to country music and for many years Lee has written and produced hundreds of Award winning radio and television jingles.

After fifty years in the music industry, and tiring of the many road trips, Lee was living a relaxed lifestyle in his home on Queensland's Gold Coast. Through a mutual friend Lee was put in touch with Geoff Yelaska, the owner of Mothar Mountain Music. When Lee arrived at Mothar Mountain, Lee's musical passions were re-ignited and he immediately started to write new material, recording and working with Nils Ponsaing on a album of originals.

"The Ghost of Midnight Run" is the debut single from Lee's forthcoming new album, "Midnight Run", which is scheduled for release later this year. 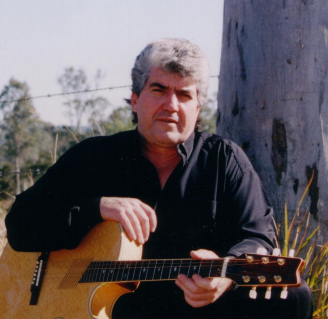 Geoff Yelaska was born in Innisfail North Queensland and first began singing in the 1950's when at the tender age of six, Geoff's singing teacher would invite him to stand on a chair and sing in front of the class. Songs like "You are my special angel" - 'April Love' were perhaps Geoff's earliest styles and influences. That was before Elvis came on the scene with a unique style that blended the styles like Pat Boone and Frank Sinatra into a more energetic country rock and ballad feel. Then of course the Beatles came along and the likes of Tom Jones who put even more life and energy into the music, especially through the mid to late 60's. Geoff , like many singers and song writers who actually lived through those decades of change, blends his early influences with an added touch of jazz ballads, soul, and country rock. Geoff has stayed in contact with his original band "the Crew" over the years raising money for the Queensland cancer fund. Geoff and Phil Emanuel opened the show at the Cairns Civic Centre in 2006 to help raise over $150,000 for the victims of Cyclone Larry.

Although Geoff loves writing and singing, he also runs his Mecano Sheds business established in 1987 in far North Qld. Geoff and brother Mel were the first to introduce a commercially viable 'bolt up' shed that is now a standard in the industry. Naturally Geoff wrote a Mecano jingle about his product. 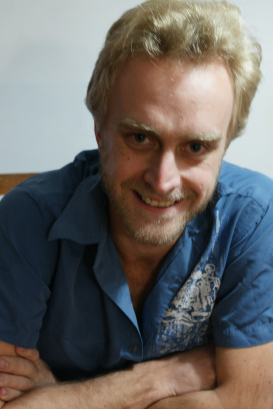 In 2001, Nils completed ANSCA Grade 8 Piano and grade 5 music theory, and promptly entered the music course at the University of Southern Cross in Lismore. Using the university facilities, Nils learned much about recording. Nils graduated with a Bachelor of Contemporary Music in 2005, majoring in Composition.

Nils has been singing and playing music since he was first able to speak. His parents both had a keen interest in music and Nils was exposed to many different musical styles from an early age. He attended many country music events in the Nanango and Kingaroy areas with his father and younger sister. They performed songs involving three part vocal harmonies and revived many old folk tunes of all nationalities. Nils began to study piano at age five and at school he learned French Horn, Cello and (briefly) Flute. His grandfather restored Balalaikas which he learned to play with the help of his father and at the age of thirteen he taught himself to play acoustic guitar. During high school he often won talent quests for performances such as "Tiptoe Through The Tulips" played on a ukulele with pitch-perfect falsetto, or "Speedy Gonzales" on a banjo.

A passion for film music resulted in Nils becoming technical director of the Heart of Gold Film Festival for five years and he wrote and recorded the "Tin-man" trailer music that was an integral part of the theme of the first festival. He later also wrote the theme music for the cable series "Little Film, Big Heart".

Meeting Geoff Yelaska in 2005, Nils began work as a sound-engineer and producer for Mothar Mountain Music, having many different recording artists come through the studio. It was upon the recording of "Bitter Sweet" with Geoff Yelaska in 2011, Nils discovered a passion for playing bass, particularly the walking bass of much of the swing jazz style. Nils is continuously working on an album of his own compositions, which is a mix of almost every genre there is.